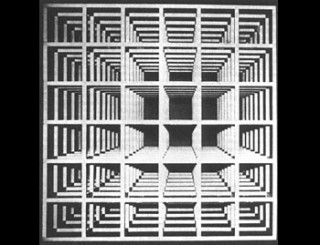 The building is designed as a three-dimensional structure – grid – comprising 24 cubes. Each of the cubes forms a separate unit with its own function. Individual rooms are defined by their position and the number of fields from this imaginary three-dimensional chessboard. The operation of a family house is organised in this abstract structure. Square fields are defined as needed by fixed or sliding walls. These walls respect the overall structure and form a grid 3 x 3 m. No distinction is made between individual fields and their character is determined purely by their contents. Vertical interconnection of some of the cubes allows the onlooker to observe and perceive the geometrical structure of the villa. The building is constructed as a prefabricated steel skeleton with concrete and glass panels. 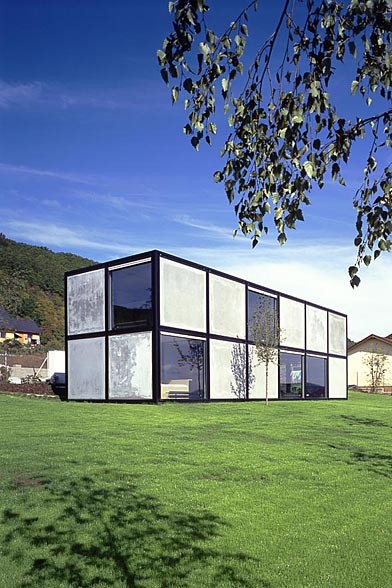