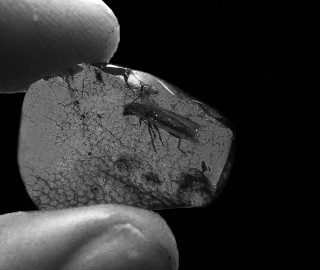 Revitalization of the castle hilltop includes the reconstruction of four outbuildings and two public spaces. The first building represents the riding hall converted into a multi-purpose hall which can hold concerts, performances, as well as conferences and fine arts exhibitions. The main motif of the riding hall is an inserted movable structure made up of a movable front and a fixed body. While the main body is fixed, the front stage can moved along rails in the floor and may reduce or enlarge the hall capacity as needed, or divide it in the event of exhibitions. Thanks to the stage movement and movability of sounding boards under the ceilings that can be adjusted to bounce, absorb and disperse the sound, ideal acoustic conditions can be achieved at any time. The stage and the service body are made of an untraditional material – laminate. The castle premises revitalisation is also its rehabilitation: laminate became a unifying material used. An important role was played by it in the reconstruction of the former carriage house, where it was used for café facilities on the ground floor, boxes with benches and tables, whose lay-out and unified appearance is to recall that carriages used to “park” in these premises. Laminate was also used as material for the bar, as well staircase leading to the first floor and toilets hidden below. To an even greater extent it was used in the (English) castle park during reclamation of a brook which was recently diverted into a Pipe and a route of the water flow through the park had to be newly identified. The route was chosen according to tree positions so that the river bed was at all times in the greatest possible distance from the tree trunks. Other changes in the park concerned modification of pathways, reconstruction of a manmade cave (grotta), and beautiful peacock aviary. A summer pavilion between the carriage house, castle and English park has become a new element of the area, too.
OTHER FROM THIS CATEGORY “REALIZATION”
ADAPTATION OF JIŘSKÉ SQUARE IN PRAGUE CASTLE
ADAPTATION OF THE PUBLIC SPACE AT HORNÍ SQUARE IN OLOMOUC
ARCHDIOCESAN MUSEUM IN OLOMOUC
BIENNALE VENICE 2016
CELL - EXHIBITION MEGA FORUM FOR EXPERIMENTAL ARCHITECTURE
Centre for contemporary art DOX+
Exhibition Triangle
HAPPY HUNTING GROUND DRNOV
HOUSE WITH A WINDOW IN MNICHOVICE
HYBRID HALL IN LITOMYŠL
CHAMELEÓN HOUSE
KRKONOŠE MTS. ENVIRONMENT EDUCATION CENTRE IN VRCHLABÍ
LUCERNA PALACE DECKS
OLD WATER TOWER
PENTHOUSE IN PRAGUE BUBENEČ
PENTHOUSE IN PRAGUE MALVAZINKY
RECONSTRUCTION OF A VILLA IN ŘÍČANY U PRAHY
SIMILAR HOUSE
SPACE HOUSE EXHIBITION
STAIRCASE IN LIBEŇ, PRAGUE
VILA HERMÍNA
VILLA IN BEROUN 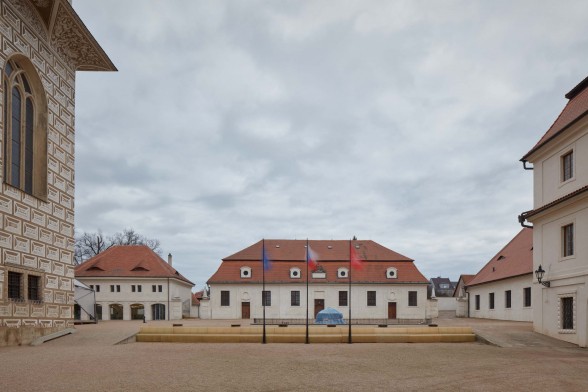