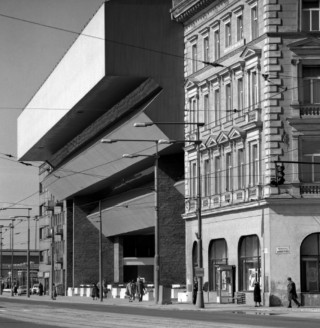 Exposition Care for Architecture: Asking the Arché of Architecture to Dance presents struggle for maintaining, reconstruction and renewal of the Slovak National Gallery (SNG) area partially built in 1969–1979 according to the project (1962, 1963, 1967–1969) of significant Slovak architect Vladimír Dedeček. His SNG area project was never built, used and accepted in its complexity. The effort of many, including architects, was necessary to prevent its actual loss.

The model of SNG built area with monitors placed on pavilion walls mediate various public, artistic and architectural responses to Dedeček’s SNG area project. In this way the exposition enters the discussion with the topic of 15. Mostra Internazionale di Architettura with belief that the turn of metaphors of front lines and frontiers into metaphors of dance are crucial for architecture as besides concern and solicitude also new architectural concepts and projects (cares for architecture) are necessary.
OTHER FROM THIS CATEGORY “EXHIBITIONS”
Exhibition Triangle 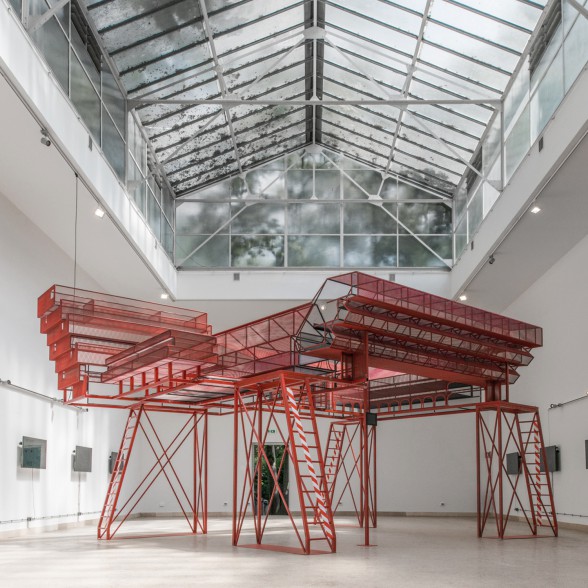